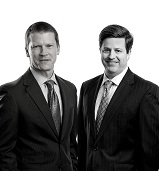 Joseph Reese and Christian Hines recently obtained a defense award in a wrongful death case brought against a rehab facility.  Shortly after the patient’s arrival to the facility, he fell and sustained injuries from the fall that ultimately led to his death a few days later.  The Claimants alleged the facility breached the standard of care in a variety of ways when it comes to fall prevention, and that those breaches caused the patient’s fall.  Following a three day arbitration hearing, during which testimony from numerous witnesses was heard, the arbitrator rejected the Claimants’ contention that any breach of the standard of care by the facility caused the patient’s fall and entered an award in favor of the facility.