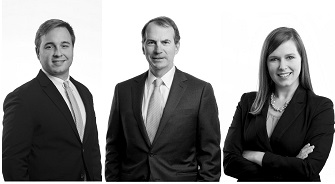 Warren Butler, Amber Whillock and Edward Hines obtained a favorable ruling from the Alabama Supreme Court, affirming summary judgment on behalf of their client – a timber company. The plaintiff and the timber company owned adjacent parcels of land in Clarke County divided by a creek.  The timber company cut timber on its side of the creek, but plaintiff argued he owned certain acreage on that side of the creek because the channel of the creek moved by a process called avulsion. Starnes argued that the plaintiff could not prove his ownership because he did not have evidence that the creek moved by avulsion or that a new channel was ever created. After extensive briefing, the Supreme Court affirmed the decision of the Clarke County Circuit Court in an opinion authored by Chief Justice Parker, finding that the plaintiff failed to present substantial evidence of an avulsion.