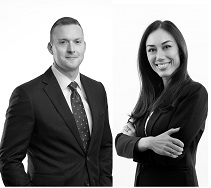 After a four day administrative fair hearing, an arbitrator found in favor of a hospital represented by Alan Bean and Lauren Callins and upheld the hospital’s decision to impose corrective action against a physician.  The hospital had previously identified multiple patient care concerns and conducted an investigation which resulted in the imposition of corrective action.  The physician requested an administrative fair hearing to be presided over by a neutral arbitrator.  On behalf of the hospital, attorneys Bean and Callins presented an opening statement and live testimony from eight witnesses, and also cross examined the physician over two days.  After considering all the evidence and both written and oral closing arguments presented on behalf of each party, the arbitrator found in the hospital’s favor in all respects and issued a written report and recommendation upholding the hospital’s decision to impose corrective action.