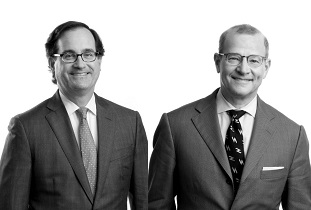 Mike Wright and Scott Salter received a defense verdict for an obstetrician following an 8-day jury trial in Federal Court in Florence, Alabama.

The plaintiff was a minor child who experienced a “pan-plexus” injury at birth, following a delivery that was complicated by shoulder dystocia. Shoulder dystocia is recognized as a life-threatening emergency. The defendant obstetrician recognized the emergency immediately and employed the appropriate front line maneuvers, effectively relieving the shoulder dystocia within 10 seconds.

The plaintiff argued that the five-level rupture/avulsion nerve injury of the entire brachial plexus, which left the child with a permanent disability and the complete loss of use of his left arm, implied that the obstetrician used excessive downward lateral traction to effectuate the delivery. The plaintiff presented expert witness testimony to this effect from an obstetrician and a pediatric orthopedic surgeon. The defendant obstetrician demonstrated that he did not apply force or downward traction in excess of what was necessary to deliver the child in the presence of this emergency.  The defense also established that there were complicating factors beyond the control of the obstetrician that increased the child’s risk for a brachial plexus injury. His testimony was buttressed by the testimony of a nationally recognized obstetrical expert who has published extensively on the subject of neonatal brachial plexus palsy.

The jury deliberated 25 minutes before returning a verdict in favor of the defendant.