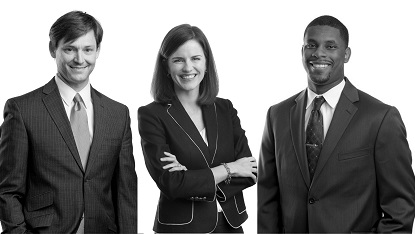 Trip Umbach, Breanna Young, and Keith Stephens obtained summary judgment on all claims in a discrimination case for one of the largest wood products manufacturers in the United States.   The plaintiff was a Mill Manager who was in charge of all operations at one of our client’s wood products manufacturing plants.   He was diagnosed with Multiple Sclerosis and continued to work with the help of accommodations from the company.   Our client ultimately terminated the plaintiff for poor leadership after an employee suffered a serious accident and the plant was not meeting its safety and production goals. He sued under the Americans with Disabilities Act and the Employee Retirement Income Security Act, claiming his employer fired him because he has MS and to keep from having to pay for his expensive treatment. The trial court ruled that plaintiff’s representations to the Social Security Administration in connection with his successful application for disability benefits kept him from being a “qualified individual” with a disability.  He was represented by a prominent, long-time civil rights lawyer who held a press conference after the suit was filed and sought seven figures in damages and attorney fees.  The case was filed in the United States District Court for the Southern District of Alabama.