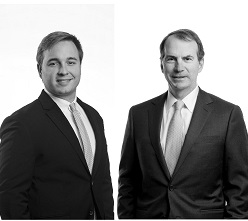 Warren Butler and Edward Hines obtained a defense verdict in favor of a trucking company in a case involving a motor vehicle accident.  Plaintiffs alleged that the truck driver caused the subject collision by negligently failing to yield the right-of-way and claimed they suffered physical injuries and mental anguish as a result of the crash. The defense argued that the truck driver exercised reasonable care when operating his truck and that Plaintiffs’ alleged injuries were not caused by the accident. Following a brief deliberation, a verdict was returned in favor of the defense in the Circuit Court of Mobile County.