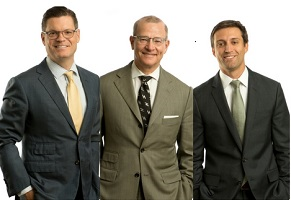 Mike Wright, George Newton, and Allen King obtained a defense verdict in favor of an obstetrician-gynecologist in a wrongful death case alleging negligent management of a pregnancy.  The plaintiff presented evidence from a board certified OB/GYN that the defendant physician breached the standard of care in administering methotrexate to the plaintiff in treatment of a suspected ectopic pregnancy.  The defense called an independent expert in the field of obstetrics who testified that all of the defendant’s treatment was reasonable.

The jury returned a verdict for the defendant following five days of trial.

The case was previously tried to a defense verdict on the mother’s claim for personal injury under allegations of wrongful surgery and wrongful administration of medication. The wrongful death claim for the pregnancy loss was dismissed prior to the first trial. The dismissal was appealed to the Alabama Supreme Court by the plaintiff. The Alabama Supreme Court reversed the dismissal and remanded the case for trial on that issue. This appellate decision received much media attention, both locally and nationally, due to the Court‘s discussion regarding the right of a developing pregnancy to be Considered a “person” for purposes of a wrongful death cause of action. This decision was viewed by some journalists  as a step in support of a movement to overturn the landmark decision of Roe v. Wade (1973) on abortion rights, although there was no such issue presented in this litigation.