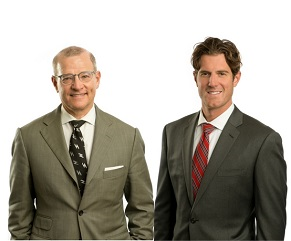 Mike Wright and Michael Scivley recently won a medical malpractice case in Houston County, Alabama, brought against a urologist who performed a microwave procedure to relieve symptoms associated with an enlarged prostate. The plaintiff claimed the urologist was negligent and caused permanent injuries in performing the procedure. The plaintiff suffered a rectal fistula which unfortunately has left him with a permanent colostomy and permanent suprapubic tube for urinary diversion. The defense demonstrated that rectal fistula was a recognized inherent risk of the procedure which can occur despite proper care by the urologist. After a five day trial which involved testimony from three urologists, a colorectal surgeon, and a representative of the microwave device manufacturer, the jury returned a verdict in favor of the defendants on June 30, 2017.