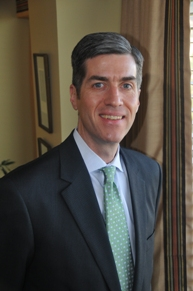 Joe Miller, along with Kevin Baskette of the law firm Lewis Thomason, obtained a defense verdict for an emergency physician in Federal Court in Memphis, Tennessee in a case alleging negligent failure to diagnose and treat acute coronary syndrome, resulting in myocardial infarction and permanent heart damage in a 36 year old patient. The plaintiff went to the emergency department by ambulance complaining of chest pain and a near syncopal episode. The EMTs gave him aspirin and nitroglycerin in the ambulance. The chest pain protocol was initiated upon arrival at the hospital. The emergency physician evaluated the patient and ordered tests. The cardiac enzyme which is specific for heart muscle damage, Troponin, was normal over four hours after the patient’s chest pain began. The EKG was abnormal, but did not show acute changes/ischemia. The patient reported he had Post Traumatic Stress Disorder from combat service overseas. The emergency physician diagnosed him with chest pain and anxiety disorder, and discharged him from the emergency department, with instructions to see his primary care physician within 48 hours. After continued symptoms and pain, the patient went to another emergency department five hours later, and was diagnosed with acute myocardial infarction. His Troponin was elevated by then. He underwent emergency heart catheterization and a clot in his right coronary artery was removed. Unfortunately, he experienced permanent heart muscle damage. The plaintiff presented expert testimony that the defendant violated the standard of care by not (1) repeating the Troponin and EKG, (2) diagnosing acute coronary syndrome, and (3) admitting the patient to the hospital for treatment by a cardiologist, which would’ve prevented the myocardial infarction. The defense presented expert testimony from an emergency physician and a cardiologist that the treatment was appropriate and within the standard of care, based on the normal Troponin level over four hours after the chest pain began, and that admission to the hospital would not have prevented the myocardial infarction from occurring, and that the patient would have had the same result if he’d been admitted to the hospital. After seven days of trial and nineteen witnesses, the jury returned a verdict in favor of the defendant.