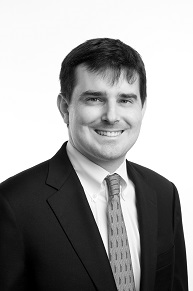 Starnes Davis Florie attorney Clayton Bromberg recently made a huge difference in the life of a homeless man. Bromberg represented him in court, dismissing one of his outstanding traffic charges, and reversed his other charges to community service. Since his first meeting with Bromberg, the man has obtained a full-time job and photo ID. He is also on the path to getting his driver’s license reinstated and finding a permanent residence.

Bromberg, a frequent volunteer with the Birmingham Bar Volunteer Lawyers Program (BBVLP), met the man through Starnes Davis Florie’s partnership with the BBVLP and the Birmingham Municipal Court’s Turning Point docket. Bromberg learned that the man had five old traffic tickets with associated fines and court costs. He was unable to pay these fines, resulting in warrants out for his arrest. This also prohibited him from getting his driver’s license reinstated. Additionally, after losing his job in October 2016, the man was forced to move out of his residence and into a homeless shelter.

Bromberg said he was thrilled to be a part of the man turning his life around. ‘Volunteering to help homeless people through the BBVLP is a great way to give back to the community and a great way to help people who have fallen on hard times.’

About SDF’s Pro Bono Work: The BBVLP arranges for cases to be put on the Turning Point docket, which is a special homeless court docket held by Judge Andra Sparks, presiding judge of Birmingham Municipal Court. Starnes Davis Florie provides at least two volunteer attorneys at each Turning Point docket.