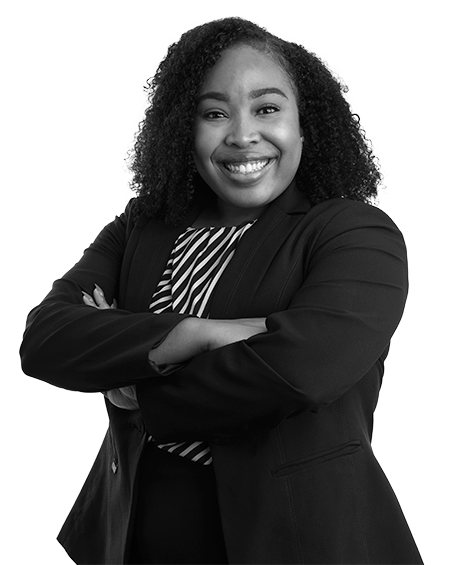 Kristyn Hardy, a native of Daphne, AL, is an associate at Starnes Davis Florie. Her practice is devoted to civil litigation to include professional medical liability and commercial litigation. Kristyn received her Bachelor’s degree from the University of Alabama in 2017 and her law degree from  Samford University Cumberland School of Law in 2020.

While attending Cumberland School of Law, Kristyn served as Associate Editor of the Cumberland Law Review, Vice-President of the American Constitution Society, a Quarterfinalist in the Parham Williams Trial Competition, a Pupil of the Judge James Edwin Horton Inn of Court, a member of Black Law Students Association, an Admissions Ambassador, and a member of the Executive Board of the Alabama Lawyer’s Association. In addition, Kristyn worked as a judicial extern for Chief Judge Karon O. Bowdre of the Northern District of Alabama.